Future of construction: Prefabrication and Sustainability

Prefabrication and sustainability are a great match; both prefabricated construction and green building are systematic approaches that run through the entire building life cycle.

Covering an area of 34,000 square meters, Huoshenshan Hospital, a 1,000-bed makeshift hospital in Wuhan, began accepting patients on February 2, 2020 following just 10 days of construction in response to the COVID-19 outbreak. 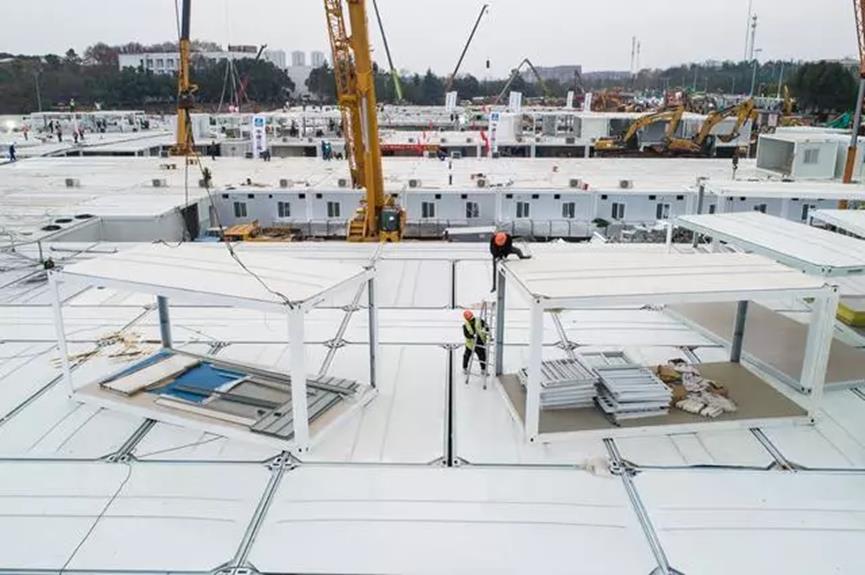 Huoshenshan Hospital and its sibling, the bigger Leishenshan Hospital (a 1,600-bed capacity structure built in 12 days) – product of an around-the-clock effort to address the virus outbreak in the city – are prefabricated and modular construction, a more convenient and energy-efficient alternative to traditional builds.

01 “Prefabricated Buildings are both Efficient and Sustainable”

We were thrilled to to have the opportunity to interview Dr. Yanchun Yun, Dean of The Shanghai Industrial Construction Research Institute of the Baoye Group. Our conversation started with a discussion on the Baoye Center project, Baoye Group’s headquarters building in Shanghai. As a prefabricated, green and intelligent building, Baoye Center is a demonstration project among prefabricated construction in China, combining prefab architecture with true sustainability to produce an array of innovative and green features.

Situated on an “L” shaped site cut out of a trapezoidal plot, its enclosing corridors attract people into the central courtyard and then lead people entering three office buildings. In this way, form, circulation and the spatial sequence are highly unified. Cool breeze can flow into the three atriums through gaps in summer. 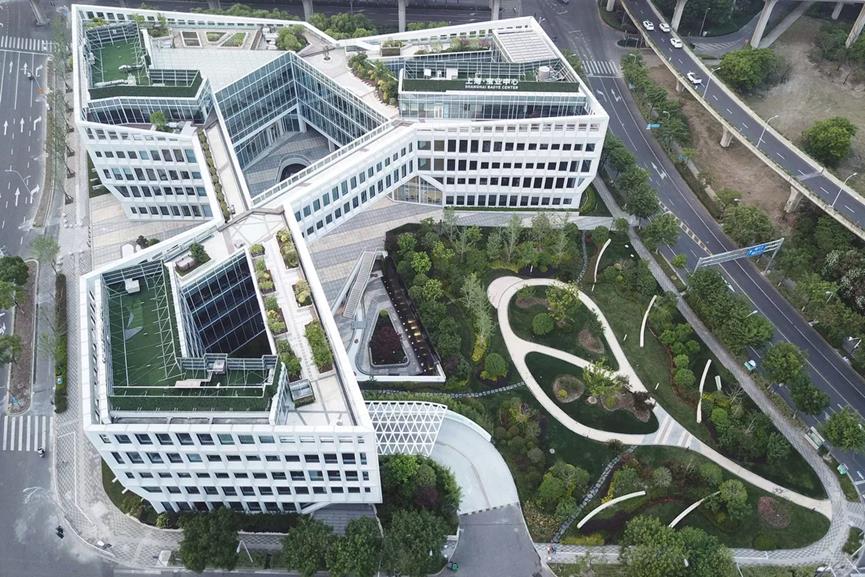 It’s worth pointing out that 40% of the Baoye Center project is prefabricated construction. The project exemplifies the idea of “maximizing the quality of office space” and takes green factors into consideration in aspects of air tightness, water tightness, energy conservation and building materials. Shanghai Baoye Center officially achieved LEED Gold certification under LEED v2009: Core and Shell in 2018, and received LEED Platinum certification under LEED O+M: Existing Buildings rating system one year later.

02 "Prefabrication is part of larger trend toward the industrialization in construction."

The industrialization in construction involves building sector, modern industry and modern information industry, representing the major transformation and upgrading of the entire construction industry. Traditional construction utilizes conventional methods where all the task is done sequentially onsite. A large proportion of the work is carried out from an exposed open-air setting, with building materials stacked on the construction site.

03 “The construction industry is undergoing its own revolution.”

Our discussions then center on the topic of green buildings — some people believe that prefabricated construction can be a shortcut to achieve green status. Are there any similarities or connections between them?

The potential of prefabricated and modular construction strategies was demonstrated in Wuhan during the COVID-19 outbreak at the start of the year when two sizable hospitals were both built and handed over within 10 days, thanks to the new urban planning guidelines released by China's State Council in 2016. According to the guideline, construction techniques that use fewer resources, such as prefabricated buildings, would be encouraged, and within a decade, 30% of new buildings would be prefabricated.

This directive not only outlines a clear goal but also points to a positive direction for future development of the building and construction industry.

To stay competitive, all industries must continually grow and evolve. Industrialized construction is revolutionizing the design, production and construction processes and transforming traditional project management model.